I'm coming back from chemo yet once again. This time the first plan is finished I have will have some extra days before doing CAT scans to see what is next. I should have some better days and already can feel more of my feet! Unfortunately many days will be scheduled with other appointments to work in during the chemo moratorium. Meanwhile I am grateful for any and everything including the beautiful sunshine...although I do hate waking up in the dark mornings!

Although still warm out, I feel like soups! Yesterday I made my Panera Potato Soup. The cream cheese was a little lumpy but hey, there is no bad cream cheese right? It wasn't a pretty soup, but was mighty tasty. I have things ready for a lentil soup now. It is a very simple soup with no meat although you can toss some in if you like. But it is a healthy and flavorful soup.

DH has been trying to teach Biscuit to respond to a No Talking command about barking. She refuses to learn and she is smart enough to know what she is doing for sure. Finally this week Biscuit just earned herself a second name: Chief Talks A Lot. She barks (talks) at us constantly this week and ignores the commands! I would show pictures but my equipment is not working right.

It seems my body isn't the only thing failing here. Vacuum sweeper on blitz. Washer runs at half power. Dog and Man tore up the screen door. One stool refuses to flush properly. My desk top has  quit and now my laptop is giving me grief. So nothing profound or exciting here today, but just had to reach out to Blog Land somehow. Maybe I can read some blogs again and until I can write for real, have a delightful last weekend in October!!!
Posted by Bookie at 3:27 PM 10 comments:

Every Day Is Special 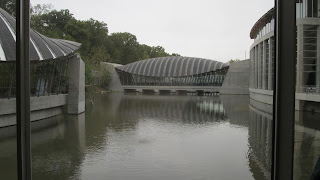 This week has been cold and dark in more ways than one. This morning the skies are gray as a gun barrel; it is chilly and windy, but the afternoon is to be warm and sunny. The weather jumps around like my deteriorating body, good and bad mixed like a bracing cocktail. This is also the Maple Leaf Parade Day and it looks to be big crowd as cars are lining my street bumper to bumper finding parking, and this is three blocks from the end of the parade! The mailman has run his route about three hours early to try and beat some of the congestion on this autumn Saturday.

The mailman has brought me a load of birthday cards for two days. Thank you all who have sent them! Today is my birthday which often falls on Maple Leaf weekend so it has been hard to celebrate when the town celebrates first. Of course this year I can’t do the parade and that is okay. I sent DH on to son’s house to continue siding. They work hard trying to beat winter with this project and to work between chemo chaos.

On Thursday we called it my birthday early and worked hard to make it some kind of different day. We so miss our countryside jaunts and tours. The rainy weather dampened our plans but we worked in a short ride to Arkansas border on a cold but dry day between rains. Biscuit rode along and we went to Crystal Bridges to see the Bachman-Wilson house built by Frank Lloyd Wright. We have longed to it for months. It was a hard press and we did not do other art, only the house. We have seen other FLW houses but this one was smallest. Moved from New Jersey and set in an Ozark hollow packed with oaks and walnuts, the setting is beautiful. 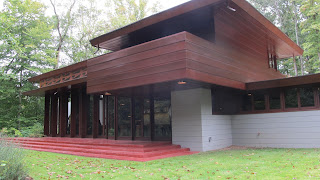 We have always thought the man’s designs both beautiful and uncomfortable looking. This small home was typical of his concrete, wood, and glass designs. The house used rich, dark mahogany; the wall of glass made you feel like you were sitting among the trees from the inside.
Then we went to lunch in a tea room where we were disappointed. Now you will know me for the tea snob I am! Years ago we went to lovely tea room in downtown Rogers, Arkansas. They opened a branch in Bentonville and eventually moved the main tea room to a strip mall out near a big shopping center. They lost their ambiance. We had never been to Bentonville one so we gave it a shot. It too lacked ambiance. 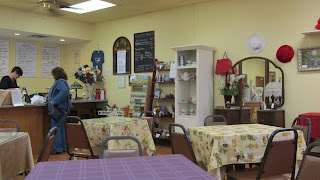 Ordering at a cash register, getting your own tea in a plastic glass, silverware, and small paper napkin does not speak tea room language. The food was decent but not extraordinary. However, the tea room has lasted and they had a decent business. Once known for outstanding and special orange rolls that were light and airy, they still have them on the menu. But alas, they are not the same. These rolls were heavy, had no orange taste, and now used some kind of crystallized sugar instead of the orangey glaze that once made them scrumptious. 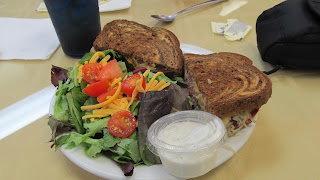 We were back home in the early afternoon and as tired as if we had taken a longer trip. We got quilts, found a good western and called the day special anyway.


I return to chemo on Tuesday again so will probably be quiet for a while. I have anti-nausea meds on counter and convenience foods stocked up. Hopefully, there will be more special days to work in after the worst is over!
Posted by Bookie at 12:01 PM 10 comments: 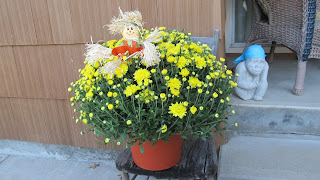 When we drove in on Friday afternoon coming from DH's medical labs,  we were greeted by this lovely mum on our front porch. So kind of a person to start our weekend this way. DH spent the weekend helping side the son's house, but I got some deck time which I appreciated.

A friend came and took me to a tea room for lunch which was lovely. It is about a half hour drive and Saturday was one gorgeous day! Then we picked up an iced coffee for her and retired to my deck where the air was perfect. While the deck is not as decorated for autumn as it once was, there is still touches of fall beauty to sit among. I love the shape and colors on this pumpkin. 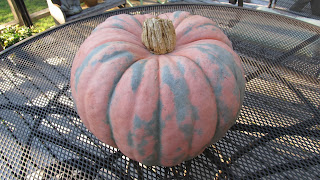 Sunday was somewhat of a repeat in that I got some time outside on the deck. I still have one nice pot of Black Mambas left in this season. Petunias don't thrive well in the heat, but these have stayed with me! But neighbors mowing in the afternoon drove dog and woman inside. Then we had to prepare to watch that second debate! 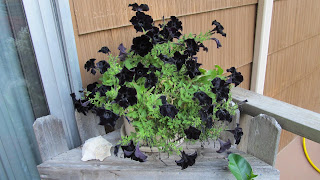 The sunshine was such a perk after four days of rain. Today is to be pretty but three days of this coming week are to be rain. BooHoo. The flowers might enjoy it, but not me. 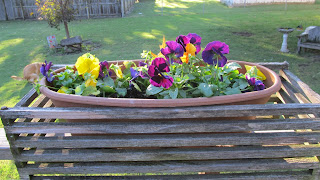 It is no secret our life is full of season, not just Mother Nature’s seasons. While all seasons have some down sides, I do appreciate living in an area that clearly experiences four distinct season changes. Our trees are beginning to turn here; there is autumn rain. There is also some tornado watches nearby. Also this week, the doctor news was not good, a winter warning type of news. I have always tried to remember that you can’t see the rainbow without having the thunderstorm first. I just hope I still have a few rainbows left to see.

As we age and then when we are seriously ill, we begin to relive the past, to remember special things. It is amazing how fast life has gone by! I have my Granny’s mink stole which I am going to pass on to my niece who is a vintage dress type girl-my kind of gal! In the 50s and 60s women would kill for mink or even lesser furs. Now you can’t give them away. The story behind this one is that Grandpa got it for Gran for Christmas. For weeks he talked about his special gift and how happy she would be. For weeks she pictured getting a new sewing machine that she needed badly. A gifted seamstress, her machine was a clunker and she was so excited. But on Christmas Gramps handed her a small box with a beautiful mink that made him look good! 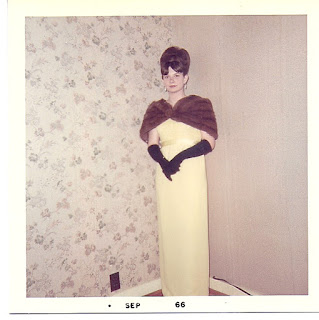 Well, she wore it to church but where else? She did not live a mink lifestyle! She loaned it to me to wear to two proms. I was downtown in 1967! There I was in a $29.95 Mode o Day dress and hundreds of dollars of mink on my shoulders! 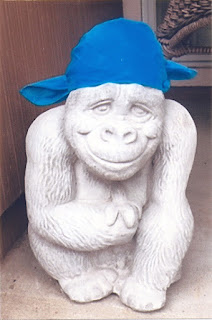 Seasons also mean Gus changes his dew rag. The mascot of PSU is a gorilla named Gus. Oh I love gorillas!!!! I bought this piece of concrete years ago where the shop had some red, some yellow dew rags on Gus. I have used red in summer and yellow in the fall. Alas, I can’t find my dew rag fabric, but his head gear was faded to white! So I tied on a teal colored ovarian cancer support dew rag. Gus, it will have to do this autumn!!!!

I voted this morning. Not knowing how I will be in 30 days and knowing I can’t stand in a long line for long while for anything, DH and I went to the poles early. Just getting into our huge Victorian courthouse was a trial for me. But we did it and I know I’ve done my civic duty for this election season.

I hope you have bright autumn days where you are, the seasons of your life treat you well!
Posted by Bookie at 5:12 PM 7 comments: